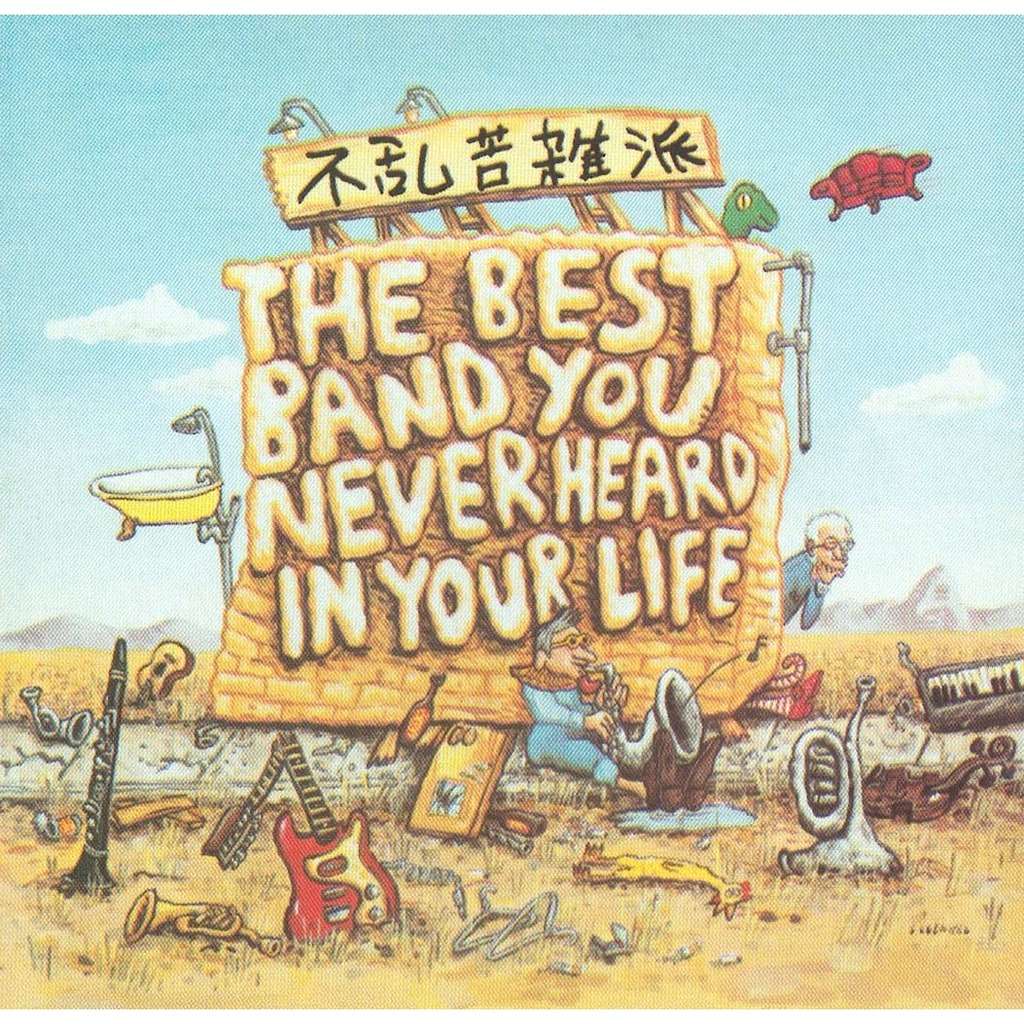 The story goes that Zappa put together the most awesome band in the world, rehearsed them to death for four months and set up a world tour that was to last for over a year. There were 12 people in the band including a five piece brass section. They performed on the USA east coast and in Europe, all of which were recorded. Apparently, they arrived in town for the next gig where Zappa put his deputy in charge of rehearsals while he went to do a radio interview. When he returned he was informed that the troups were not taking instructions from his deputy and he promptly sacked them all and went home. So ends the story of the best band you never heard in your life.

According to the liner notes, “… it is from those performances that this compilation has been made. All material contained herein is 100% live and there are no overdubs of any kind”. If you know Zappa’s music at all you’ll know that at the very least it’s very complex and at times bordering on impossible to play but this band pulls it off damn near to perfection.

The opening track, Heavy Duty Judy, gets all the ‘guitar hero’ stuff out of the way early so they can concentrate on the ‘serious’ stuff. This is followed with a comical reggae version of the Johnny Cash classic, Ring Of Fire before settling in to such Zappa classics as Cosmik Debris, Find Her Finer, Zombie Woof, Zoot Allures, Florentine Pogen and Inca Roads interspersed with wacky renditions of things like I Left My Heart In San Francisco. Somewhere in amongst this is possibly the best rendition of Ravel’s Bolero I’ve ever heard. It is amazingly faithful to the original while still finding room for ‘improvements’ like wailing guitars and descending trombones.

Disc two opens with Purple Haze and Sunshine Of Your Love as only Zappa could play them. Next is Let’s Move To Cleveland and more wacky things followed by a very funny four minute evangelist style monologue and The Torture Never Stops. Much of the rest of the disc is taken up with Zappa’s preoccupation with the raging corruption of the t.v. evangelist community at the time and a nine minute rendition of The Eric Dolphy Memorial Barbecue, finishing up with a great version of Stairway To Heaven. He probably meant for that to be as warped as some of his other covers but it actually comes out sounding pretty faithful to the original given the lineup involved with the one exception that the guitar solo is played by the brass section, note for note, very funny.

This is probably as good as Zappa gets in terms of his rock music, every musician is a master of his craft and there are some exceptional guitar moments from Zappa, but more importantly the album stands as one of the great live recordings.