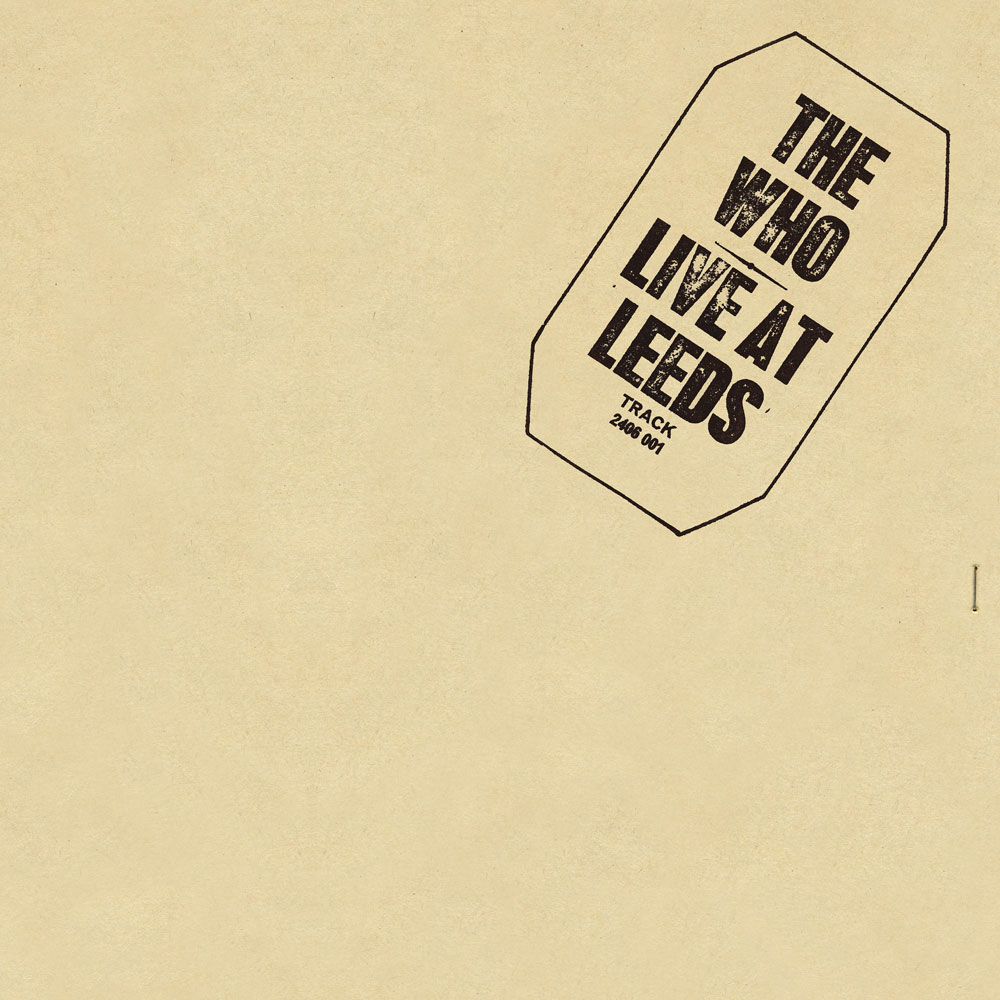 When this album was released it was hailed by Rolling Stone as the greatest sounding live album ever. Today, 33 years later, it still sounds great. On the original vinyl release, the audience could just be heard at the end of each song but on the recent CD release, it’s much clearer. Apparently, they forgot to put microphones on the audience and the stage mics could only just pick them up. The CD release also doubles the payload but I think the original delivers the best bits. It’s worth noting the difference in editing between the two releases.

What I found interesting about The Who was that, after their first couple of albums, they never tried to reproduce their recordings on stage, they just sort of cranked it out with no apologies. In some cases the songs would change drastically as a result. This is probably the best and earliest example of the post hippy / hard rock / pre-punk movement that would be fully developed by others a few years later. Some say they were punks before there was such a thing. They held the Guiness Book Of Records record for the loudest rock band on earth, from memory they were measured at about 120dB, louder than the concorde jet. An honour they would pay for dearly in later life.

The album opens with Entwistle’s marvelous Heaven And Hell, followed by I Can’t Explain and Fortune Teller (a cover of a cover of a cover) and Tattoo. Next is Young Man Blues, an old Mose Allison tune, my personal favourite, full of anger and attitude, it’s a genuine anthem. This is followed by the obligatory chart songs: Substitute, Happy Jack and I’m A Boy. They then proceed to perform a full rendition of A Quick One While He’s Away. Personally I can live without this tune, while I appreciate the historical value (Tommy’s parents) it’s just not a good song. Finally they get into the really good stuff starting with Amazing Journey / Sparks, Summertime Blues and Shakin’ All Over, the last two really gutsy full blooded versions of classic rock and roll songs. My Generation starts off as a song and turns into a sort of medley of riffs and tunes both known and obscure. One critic commented that once they’d decided not to smash up their instruments they couldn’t figure out how to end the song so they just sort of kept going. I think he missed the point. The encore is Magic Bus turned into an extended Bo Diddley style jam, with the emphasis on the pulsing rhythm pumped out by Entwistle.

Every member of the band is right on the mark. Daltrey is tight and powerful, Moon is as manic as ever but always knows exactly what’s going on, a trait few understood, Entwistle has perfected the bass sound from Hell, full bodied but with plenty of edge to deliver that lovely crisp rhythm, sometimes you’d swear there must be several guys playing it. If you ever doubted Townshend as a guitarist this recording will cast all that aside. Pay particular attention to Young Man Blues and Amazing Journey.

If you like your rock and roll heavy and in your face, you can’t pass this album up.