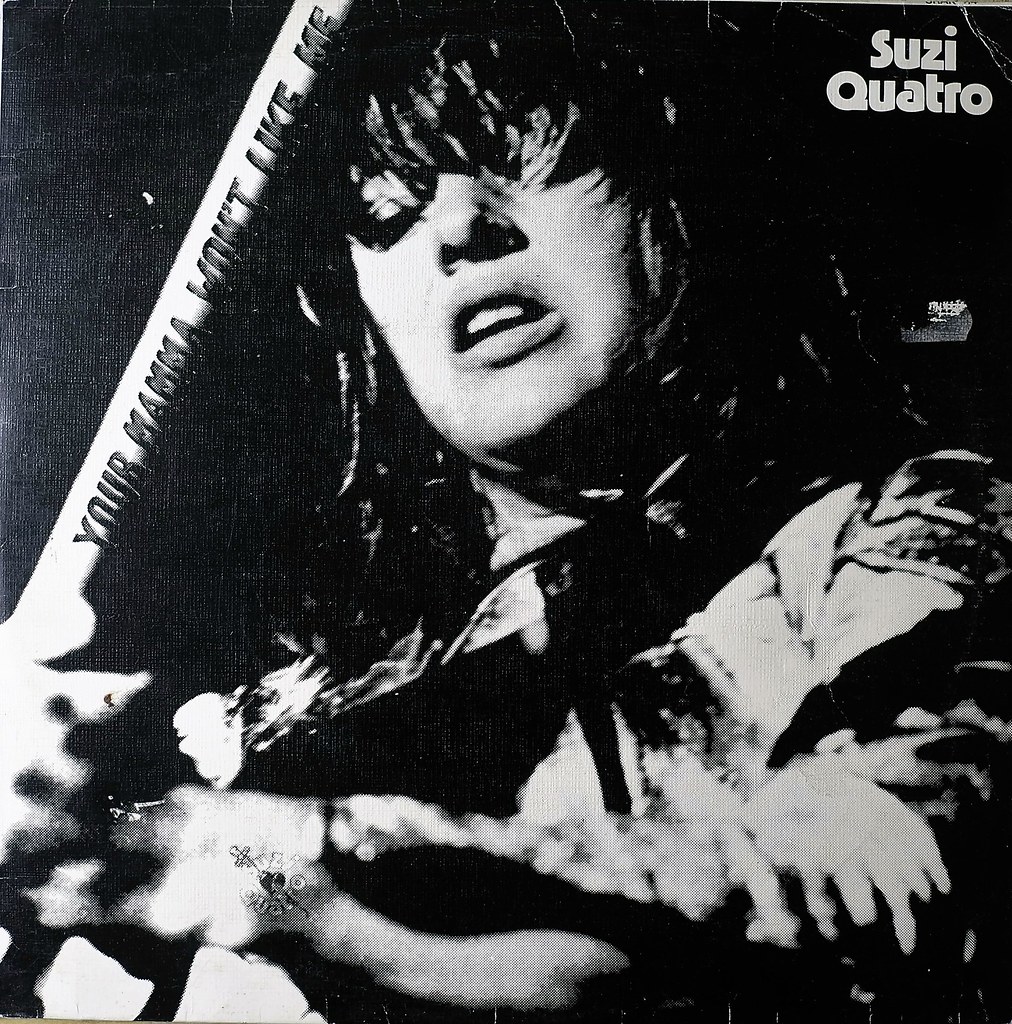 This is Suzi’s third album and represents a mature and established artist looking to break out of the mold that was cast for her. According to Rolling Stone, she was looking to break into the American market and consequently introduced many American influences. She’s no longer playing the straight pop-rock that made her famous in England and Australia (although there are still those elements) but rather experimenting with genres and production values that clearly show her desire to move on. It is chronologically and artistically somewhere in between her earlier Devil Gate Drive period and her later ‘soft rock’ period.

On side one the stand out tracks are I Bit Off More Than I Could Chew and Your Mama Won’t Like Me, both punchy rock songs augmented with a brass section and gospel style backing vocal chorus, meticulously crafted to perfection. The keyboards provide the very funky Stevie Wonder style rhythm. On side two she performs a complete ninety degree turn with the laid back Can’t Trust Love, New Day Woman and the jazz classic, Fever.

The album didn’t fare well as evidenced by the fact that you can’t buy it on CD except as part of a double set, most people probably see it as a ‘transition’ album but in reality it’s a very sophisticated blend of pop rock, funk, soul and gospel without losing Suzi’s traditional raw power. Once you get past the ‘glam’ label, you’ll notice that every single member of the band is actually extremely talented. Suzi herself is a sensational bass player. Yes, it’s a blatent stab at the American market, so what, it sounds great!