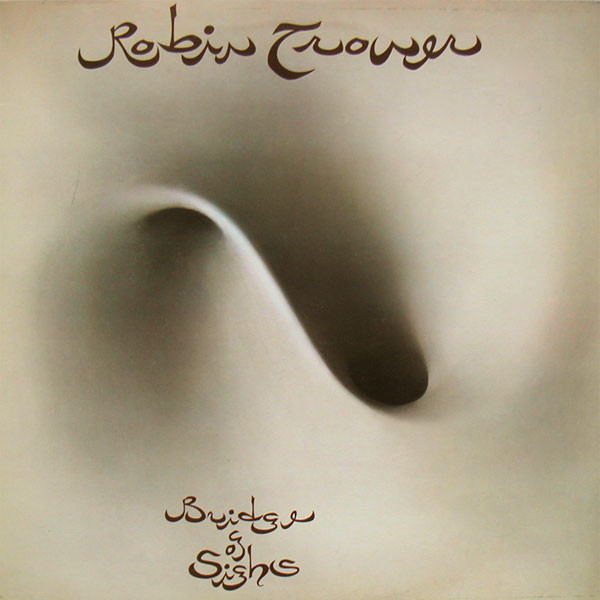 One of the world’s great (relatively) unknown blues guitarists, Robin Trower to this day continues the tradition he took up in the late sixties. While he denies any conscious decision to follow in Hendrix’ footsteps, the connection is unmistakable. Regardless, this is some of the best blues rock you’ll ever hear.

The album opens with a bang with Day Of The Eagle, a full tilt blues rock number, next is Bridge Of Sighs, a slow burning blues that really brings out those Leslie rotating speakers. In This Place continues the slow burning blues and exemplifies Trower’s ability to layer his guitars without overpopulating the tracks. The Fool And Me is an upbeat funk number that sets up a cool groove and doesn’t let go.

Side two opens with Too Rolling Stoned, a rocking number with yet another of those cool Trower blues riffs before settling back into a classic slow funk jam. About To Begin brings on the slow burning blues once again, this time in 3/4 time, a real masterpiece. Lady Love is probably one of my favourite Trower tunes, an upbeat pop number that neatly encapsulates the Trower experience with those rich vocals, a smooth and melodic bass line, blues drums to die for and the master’s rich layered guitars. The closing number is Little Bit Of Sympathy, a nice little boogie jam thing to round out the set.

This album reached number 7 on the Billboard charts before sliding into obscurity but the impact it’s had on blues guitarists around the world is enduring. But don’t think of it as a ‘guitar’ album, think of it as great rock with some real soulful blues thrown in.