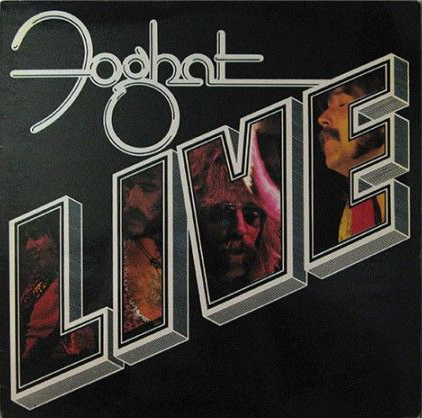 These four English lads took that distinctive American style southern boogie sound, added a few decibels and threw it right back in their faces. It took a few albums to get it right but by 1977 they had it perfect, it was big, fat and totally energized. The long hair, the handlebar mustaches, the slide guitars, the big arena sound; for a brief moment in time everything was right in the world.

This represents the acme of their career although the band continued to perform with various lineups for another two decades. “That was as big as we ever got.” Every single track on this album is a killer. Each is an extended version of the original but not just padded out with long boring guitar solos or worse yet, drum solos, these extend the arrangements by adding new sections and building on the originals to produce much more involved but still readily accessible boogie rock and roll. It’s very evident the album was made after considerable time on the road allowing the band to rethink and perfect the material but before they started burning out.

The opening track, Fool For The City, while described as bombastic, gets you on your feet from the opening bar. Home In My Hand backs off a fraction and provides ample evidence of what these guys have been doing for the past few years and provides a great example of well controlled high volume feedback. The closing track on side one is I Just Want To Make Love To You, an old Willie Dixon rambler pumped up into great southern boogie. This is a perfect example of how to take a three and a half minute radio song and extend it out to over eight minutes and still leave the punters wanting more. There’s no ego trips here, just plenty of creativity. Side two opens with Road Fever followed by Honey Hush, another old blues tune turned into something totally frantic and maniacal. How he manages that double kick drum, I’ll never understand. The album’s closing track is Slow Ride, the band’s big success story to date. This starts off almost too slow, all you want to do is put the pedal to the metal but they hold back. For about five minutes it crawls but still you can feel the tension building, finally they crank through the gears and still they go faster and faster until it’s nearly out of control. The ending just builds and builds to an amazing climax and by the time its all over you realise the whole eight minutes was engineered to perfection leaving you totally satisfied.

This is a great sounding live album with all of that cool arena ambience that guarantees an exciting show almost before it starts. Add to that a hard working rock and roll band who have spent years on the road perfecting their art and half a dozen kick arse boogie tunes and we end up with one of the great rock albums.