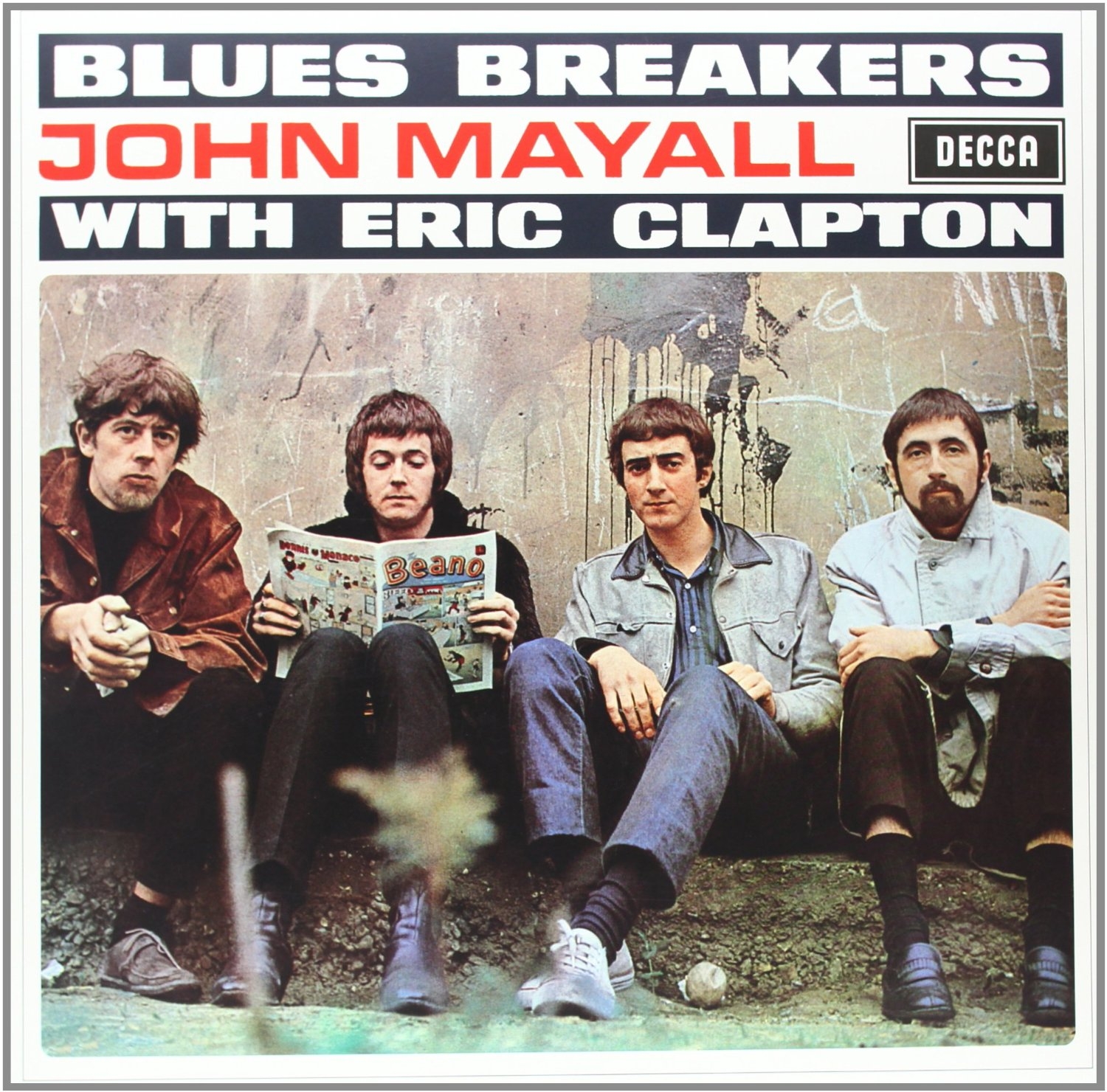 I was introduced to this album by a guitar player who was in London in the late sixties and went to the clubs and saw everyone who was anyone at the time. Out of everything that was going on, he regarded this album as the most important thing I should be aware of.

Of course, I wasn’t familiar with any of the names so I went in without any preconceptions. From the opening notes I was immediately drawn in to the strange new sounds of British blues. All Your Love opens the album with that strong guitar riff, and while Mayall’s, let’s say, rustic vocals evoke the old American blues recordings, Clapton winds up the distortion and feedback and takes the blues to a whole new level.

The album is a mixture of originals and blues classics from such artists as Willie Dixon, Freddie King, Ray Charles, Mose Allison and Robert Johnson all done in that distinctive British way. This is not the smooth, laid back kind of blues but the hard, powerful, biting kind.

The album is chock full of great recordings. My stand out tracks are All Your Love with the amazing guitar sound, Hideaway and Steppin’ Out, two incredible Freddie King instrumentals, Double Crossing Time, Key To Love with the chunky rhythm guitar and the great horn section, Have You Heard, a slow burning blues with the most explosive guitar solo on the planet, if nothing else, you have to hear this.

While gushing about Clapton’s contribution to this great album, one mustn’t forget about John Mayall himself. He sings, plays piano, organ and harmonica, writes great blues songs and manages to put together incredible blues bands. John Mayall’s Bluesbreakers has included many luminaries over the years. Starting, of course, with Eric Clapton who went on to Cream and worldwide fame, John McVie, Jack Bruce, Peter Green, Aynsley Dunbar, Mick Fleetwood, Mick Taylor, Andy Fraser among the more well known.

➤ Do NOT follow this link or you will be banned from the site!